**Happy Islamic New Year 1442 to All**Hafidh Abraar wins FIRST PLACE for Best Recitation in the Imam Al Shatibi Quran Competition 2020**Join Jumma on premise and on our YouTube Channel** You can now donate on-line for our expansion project !** We are a 501(c) Non-Profit Organization**All donations are tax deductible** Please stay safe **May Allah(swt) Protect us all **

In The Name Of Allah The Most Beneficent The Most Merciful 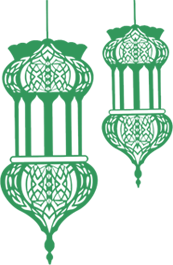 A fluent speaker, an enthusiastic volunteer and an inspiration for the young, Soukayna Mardas, aged 18, leaves no stone unturned to pursue her goals. She’s been the master of ceremony at our Sunday School graduation, given a speech about youth involvement at the American Moroccan Society, bagged several scholarships and canvassed for her Mayor in Downingtown. She is currently pursuing her bachelors at Drexel University with a major in Physics and is a part of Drexel’s co-op program. She aims to be a criminal justice lawyer one day.

Why physics?
Soukayna believes a degree in physics would help her significantly for a career in law. She says: “Physics is known for improving your critical thinking and problem-solving skills. I think being a physics major will help me significantly on the LSATs. Being a physics major allows me to learn about a topic that I really enjoy, while also indirectly preparing myself for law school.”

Public Speaking
Soukayna spoke at the American Moroccan Society’s Annual Iftar in New York. She focused on her personal experiences with youth to motivate the audience to get engaged in community activities. She clarified that community involvement need not have to be political; it can also be non-political.
She had also been the master of ceremony for Masjid Ar-Rahman’s Sunday School Graduation earlier. This opportunity helped her to improve her public speaking abilities and reconfirmed her interest in presenting in a public forum. “As someone who anticipates a future in public speaking, I was very excited at this opportunity”, reveals Soukayna. She stated that through her involvement in clubs at school level she landed a volunteering opportunity for Mayor Josh Maxwell’s campaign that was a very enriching experience. “After my speech, I received a lot of positive feedback and follow-up questions on the campaign for the Mayor” revealed Soukayna.

Canvassing for the Mayor
“Campaigning for Maxwell was my biggest political endeavor” says Soukayna.
Soukayna was a part of the Mayor Josh Maxwell campaign for the State Representative primaries. Soukayna spent two days canvassing independently for the Mayor – on day one she went door to door visiting Downingtown voters, handing over literature, explaining policies and answering questions. On day two, Soukayna was part of the phone bank team, calling the residents to go out and vote. Soukayna also had the opportunity to interact personally with the Mayor. “I was able to learn a lot about the political world and campaigning” she adds.

Scholarships
Our dynamic young achiever was a recipient of the Women’s Club of Downingtown Scholarship Fund. This scholarship was given to three deserving females, one from each Downingtown district high school who embodied the ideals of Women’s Club of Downingtown. This added to the scholarship she received from Drexel University which helped cover her tuition.
Soukayna also bagged the Spanish Achievement Award in high school. She was the only senior to work her way up to AP Spanish classes during the academic year. Being fluent in Spanish, she extended her learning to Spanish speaking countries and the Latin American culture which helped her win this prestigious award.

Goals
“Ever since 7th grade I have always wanted to become a lawyer. My vision is to be a social justice warrior and fight against injustice” confirms Soukayna.
After graduating from law school, her goal is to work for a private criminal justice firm. “I am very passionate about this dream and I believe I can succeed, Insha’Allah” she says.
This determined young lady would like to give back to the community by volunteering and by being politically active. She aims at bringing a positive change through canvassing, voting and spreading political awareness to fight injustice.
Soukayna resides in Downingtown, PA with her parents. She has an older brother studying Chemical Engineering, an older sister studying Neuroscience and Psychology and a younger sister who is in high school.